"Bring an end to the battle of the sexes so that we can be real with each other, and in that realness, not be afraid to love each other." ~ Stephan Labossiere 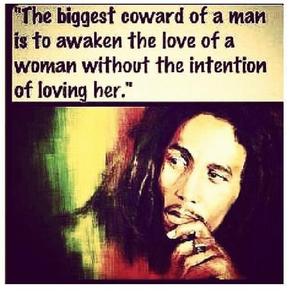 That’s right women are freaking nuts! A majority of them have lost their mind and have lost all common sense. Why has this happened? Cause they were born that way!....Ok I’m done venting and being over the top : ). Seriously, I do believe a lot of women could be a bit crazy at times, but I also believe that men have contributed to it very much. Don’t get me wrong, I believe everyone is accountable for their own actions. You control how you handle things regardless of what you have been through or are going through. Still, I think men do way too much nonsense that can be easily eliminated and contribute to more emotional stability in women. The funny part is we as men do what we do and then complain in amazement that the woman is crazy and we don’t understand how she got like this. So here is some of my input to this dilemma.

Young Men – if all you want is to have sex then stop playing boyfriend to get it! Really, whether everyone realizes it or not this is the main contributor to the negative behavior that men partake in and then in turn helps create a crazy woman. How can you think it is ok to make this woman feel as if she can be the “one” or that you are soooo into her, when in reality your main concern is getting in her pants? As well as other receiving other benefits from her such as free meals, gifts, favors, etc. You are simply playing with her emotions to get what you want. So, do not be surprised when she starts to act “crazy” because you have decided to now pull the rug out from under her. You set her up to invest her time and emotions and when you’re done using her you basically tell her it was all for nothing. That’s like putting your life savings into something and losing it all just like that, and that’s just not cool man. If you don’t have enough skills to get some without leading her on then leave it alone and accept that your less of a man : ) (I’m joking people, but he should leave it alone). At the end of the day, do unto others as you want them to do to you, or else, be prepared for the craziness you will have helped create.

Young Ladies –  Stop falling for and believing any man who says the right things to you. I’m not saying be negative about every man you meet (you should always think positive) but it’s about time you be a lot smarter about it. Smarter means be patient and let the man’s actions show you something, not just his words. Also understand that anybody can do right every now and then. So actions are good, but if it’s not consistent then it’s not enough. If he is really into you he will have no problem showing it. When men make a million and one excuses it’s because you unfortunately are not the one. Therefore he does not care to put in the necessary effort so just keep it moving. At least that way you won’t find yourself months or years later wondering what just happened. Not to mention the amount of denial you will be in as you lie to yourself to believe you’re in love when in reality you’re just very hurt and can’t believe you just wasted all that time and energy.  Bottom line, stop getting involved with guys who haven’t proved themselves to you. If you want to mess with him for fun then that is your choice. Just don’t get it confused for something else and then blame men for your craziness when you set yourself up for that.

So there you have it. I have never been a man to lead women on (at least not that I know of lol) so I simply cannot respect or defend a man who goes about his business this way. On the flip side I’m tired of seeing women just continuously fall for the same bad behavior when I know that women are much smarter than that. So everyone needs to be smarter, more honest, and let the chips fall where they may. Now let me go file that restraining order on this woman standing outside my door. j/k ; )