How to Tell if He is a Liar 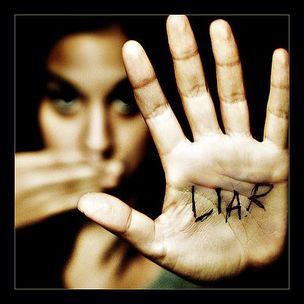 If you are like me, you hate being lied too.  Although it is good to believe that your relationship is built on trust and honesty, there is a strong possibility that your boyfriend will lie to you at some point. Most liars say they didn’t want to tell you the truth because they didn’t want to hurt you. I think that’s a bunch of bull! There are two different lies, the small “white” and the major lie. The small “white” lie might be something as he claims he called you the other night. The major lie might be something as he claims he did not cheat on you but you have proof that he did. It’s very important that you pay attention to body language and small details. For every lie a person tells, they will have to create two or three more to protect themselves.  So they lie more to sound more convincing.

Here are some of the signs that your boyfriend could be lying to you: